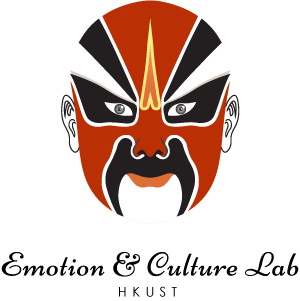 VAP – About the Project

The subjective experience of affect is a central aspect of the mind playing a fundamental role in diverse psychological phenomena. Consequently, understanding how affect is structured is one of the longstanding challenges to the science of psychology. What are the fundamental dimensions underlying affect, how are the dimensions related to each other, and does the relation vary with culture and personality? Much theory and research have examined the first question, little the second, almost none the third. Indeed, the structure of affect is typically assumed to be part of human nature, invariant with culture and personality.

Kuppens et al. (2017) examined these six hypotheses on the valence-arousal relation (plus more exploratory analyses for other possible relations) in eight samples. A weak symmetric V-shaped pattern was supported, implying that arousal increases with intensity of valence. We found personality differences such that the V-shape is greater in extraverts, but weakens in introverts, for example. We also found that the steepness of the V-shaped relationship varied with culture, with a steeper slope among the Western cultures (Canada, Spain) than among the Eastern cultures (Korea, Japan). In the Hong Kong sample, the best fitting model was simply a straight line implying the independence of valence and arousal. Although these initial results are encouraging, the samples pertained to too few cultures, and were restricted mostly to English-speaking participants. The investigation needs to be extended to include larger samples within diverse cultures. Such is the purpose of this current study.

With a larger sample of cultures, each with a large sample of individuals, we can test main and interactive effects with multi-level models and explore previously undetected patterns. For example, is the relation of extraversion to the structure of affect robust across cultures? The small number of cultures in our previous work did not allow such questions to be properly addressed. With a larger sample of cultures, we can also correlate culture-level variables (such as Schwartz’s value categories) with parameters of the statistical models.

In this study, we build on an existing cross-cultural research network involving more than 36 countries, each of which has already been characterized in important ways in prior research. These cultures cover the global regions identified by Schwartz (2006) and provide several samples within each region to ensure replicability. We hope to develop firmly grounded theoretical explanations for empirical generalizations on the nature of affect and its relation to personality and culture, once they are established as robust.